“Our Federation offers a safe and stimulating Christian environment where all our children have opportunities to be the best they can be.”

Our school was built in 1853 by the Twining family, noted for their famous tea empire. Richard Twining was born on 3 May 1772. He attended Norwich Grammar School and at the age of fifteen was sent to London to study business in The Strand. He continued to occasionally visit St. Faiths and it was his wish that the children of the village should have a good school. At the age of eighty, his children, grand children and other relatives, contributed to the building of our school. Sadly, Richard Twining died just five years later. Upon his death, he left the local vicar and churchwardens the sum of £450 to support the school and £180 to provide coal for the poor during the winter months. 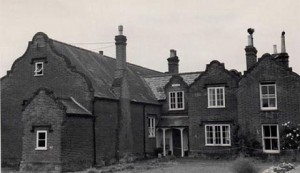 From this notable beginning, our school has continued to prosper. In September 2007 we became a primary school and underwent a significant building project to extend our facilities. Formerly known as Horsham St. Faith First School, we became St Faiths’ Church of England (VC) Primary School in the same period, when Norfolk County Council re-organised its school provision.

The original school building comprises of one classroom with its own cloakroom facilities, a hall with kitchen and storage areas and a library. The main office is located within this part of the building.

The old school house forms part of the original building. Renovated in 2000, it provides 2 group teaching spaces on the ground floor. On the first floor there is a staff room with kitchen and additional office and storage space.

In 2006, the school had a three classroom extension to provide additional teaching space to accommodate our change from a first school to a primary school.

Our school is set in extensive and attractive landscaped grounds of approximately 1.75 acres. The grounds comprise of a playground with markings for netball, a brand-new adventure playground and a large grassed area with a football pitch. In November 2011 we added a designated outdoor learning area for our youngest children. In 2013 we developed a gardening and wildlife area. Currently, the Friends of St Faiths’ are raising money to create an additional outdoor learning space that will be used by children throughout the year.